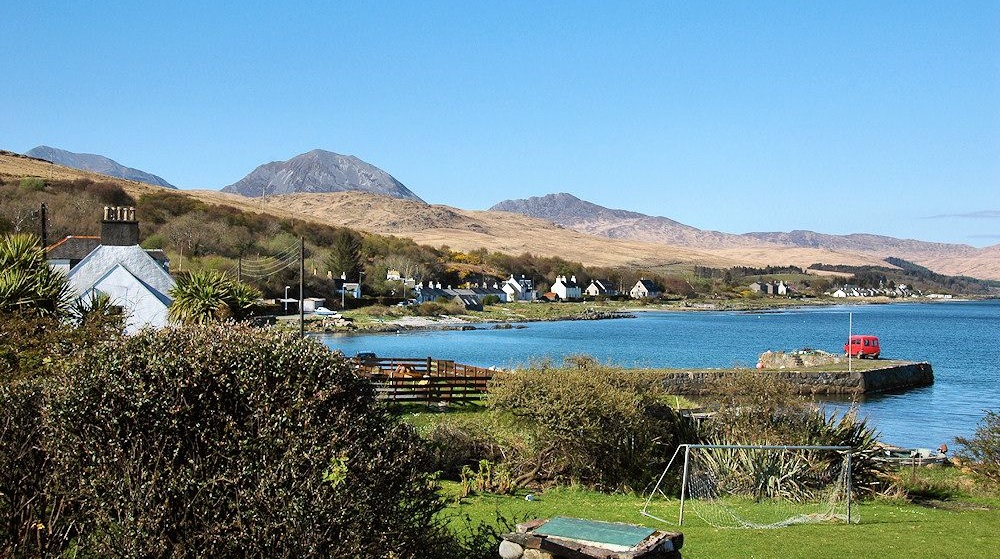 The team split up for the third day of our Islay/Jura trip, with Scott staying on Islay and Chris travelling onward to Jura .. thankfully a 9:30 am start allowed plenty of time for driving and ferry. The day at Small Isles Primary (Jura) was spent running a selection of modules to a variety of age groups. We kicked off with a look at the Earth, Sun and Moon for the younger P1-P3 pupils, which covered ideas such as day & night, seasons and lunar phases. The whole school then looked at the Solar System, followed by the P4 to P7 pupils creating a planisphere in the Stars and Constellations workshop.

After lunch, it was time for the P4 to P7 groups to investigate asteroids, and to discover for themselves how astronomers search for rogue asteroids, including what can be done should one ever threaten Earth. The day ended with a look at Space Exploration, with some of the exciting current and future space activities that will play a major role in shaping the world the pupils will inhabit. There was a little time after school for Scott to join us by car, ferry and bus, after which we ran an astronomy evening for the local community, which saw around a quarter (48 people) of the island’s population learn about the nature of light and what can be found in the night sky. Lots of interesting questions from old and young alike, with some very good knowledge on display.