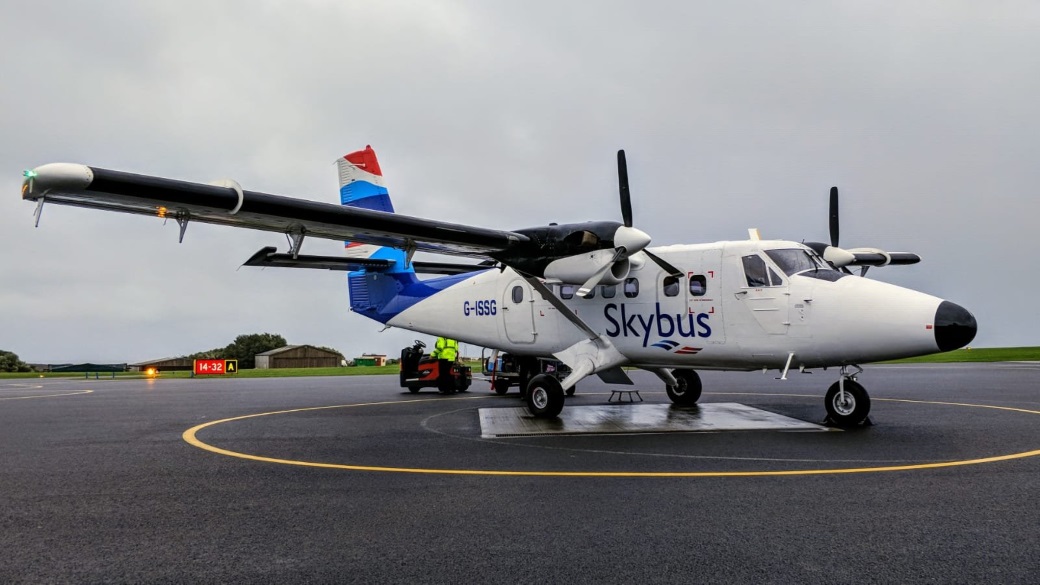 Our first visit of 2019 was to the Scilly Isles, and in particular, to the small island of St Mary’s, where the main school for the island group was located. With it being out of season, we had to fly from Newquay Airport to Scilly in an 18-seater twin otter aircraft, and strong winds and a short runway made for an interesting landing. The first day of our visit was spent in the secondary department of the academy, and saw us running a selection of workshops for different age groups. The day kicked off with an Introduction to Cosmology for the Year 11 class, followed by the Robotic Telescopes module, which saw Year 10 working with image processing software and data from the robotic Liverpool telescope.

After lunch, we saw the first outing of our new Destination Mars activity, which saw Year 8 learning about Mars in some detail and then starting to think about what would be required to establish a human colony on Mars. We finished the day with Year 9 looking at our Solar System and undertaking a hands-on activity to create a scale model of the eight planets.

After the close of school, we headed into the school hall to chat to interested students and parents about science careers, and also take a brief look at what’s about in the night sky.