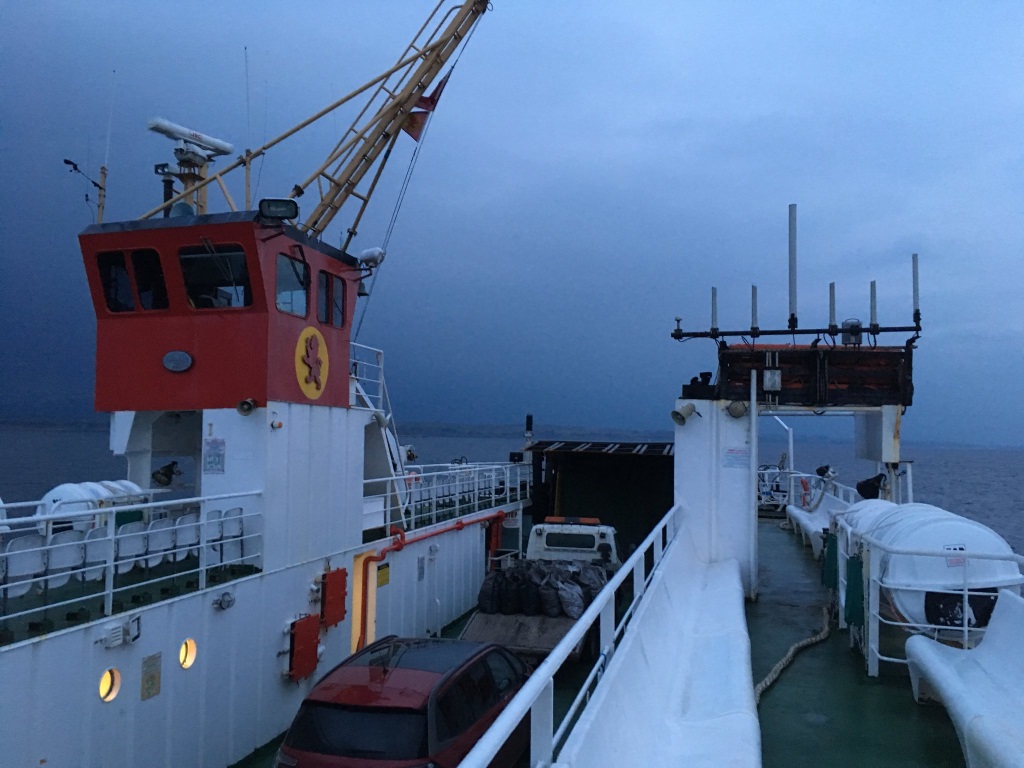 It was an early start this morning, when one of the team had to catch a 6:45 am ferry from Oban (picture above) to the Island of Lismore at the head of Loch Linnhe. We arrived an hour later, and had a good 45 minutes to explore the island before needing to set-up. As in many cases, the first session involved the younger pupils (P1-3) learning more about the Earth, Sun and Moon. The next ‘Stars and Constellations’ workshop saw pupils creating their own planispheres, and using them to explore some of the more famous star patterns in the northern hemisphere sky. We then introduced the students to the ‘Nature of Light’, which involved a number of demonstrations to prove that there are many types of light that the eye cannot see. After lunch, it time to hunt for asteroids, which involved a talk about asteroids, followed by some time on the computer learning how to analyse telescope images in order to spot rogue asteroids. We ended the day early with a brief chat about SPace Exploration, so that we could catch the 3pm ferry back to Oban, and then head north for our Ardnamurchan visit tomorrow.