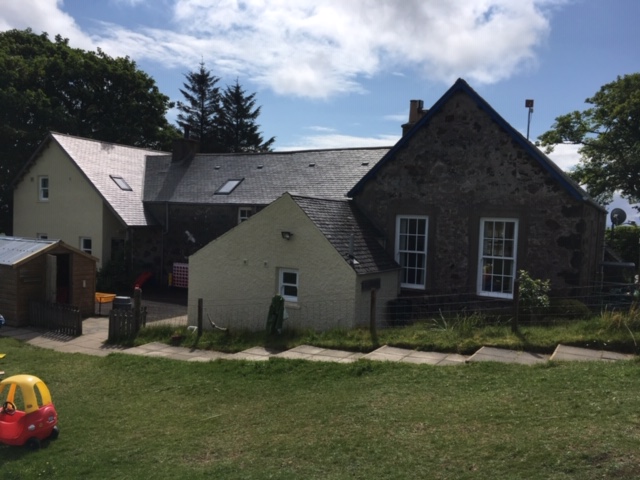 Description:
The Isle of Eigg, with a population of just 98 people, is located to the south of the Isle of Skye, and is a one-hour ferry journey from the small port-village of Mallaig. With only one ferry each day, the trip to Eigg, and then onto the smaller Isle of Muck, was controlled by the ferry times. And as both schools were small (around 8 pupils), the 4-day trip required just one of the team to run the visits. Chris caught the ferry out on the 3rd June, and shortly after arriving, was setting up in the community hall for an afternoon community event. With just 30 minutes to go, the island’s renewable power system sadly failed, which meant that the subsequent talk had to be run without electricity. Thankfully, there were enough hands-on activities to fill the hour session and the 30 attendees seemed to enjoy themselves.

The following morning was spent at the small island school, where all 8 pupils joined together for the ‘Earth, Sun and Moon’, ‘Solar System’ and ‘Space Exploration’ modules. Because of the imminent arrival of the onward ferry to Muck (only one that day remember), Chris has to quickly pack-up the car and head down to the ferry terminal. Less than an hour later, he was on the Island of Muck with a few hours to explore.