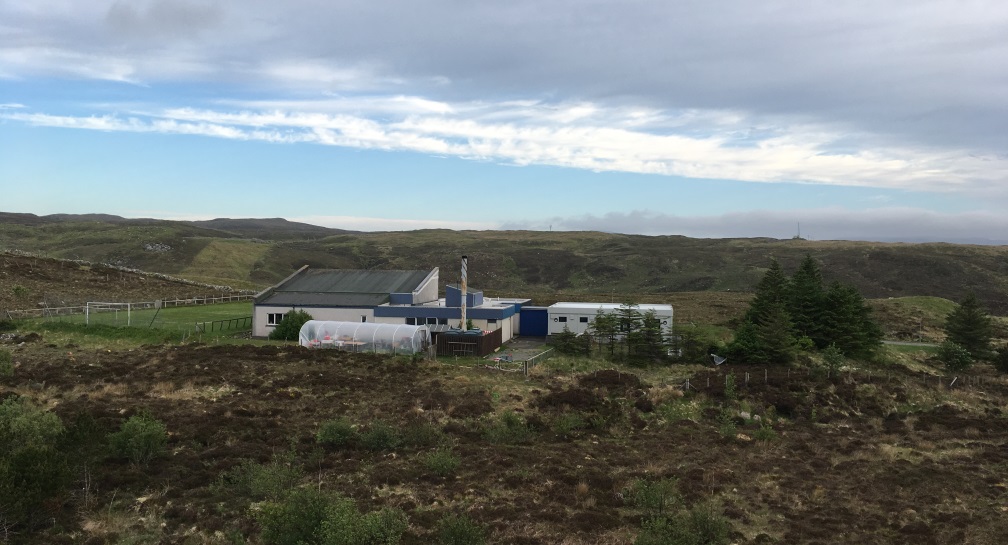 We began our first visit to the Outer Hebrides with a visit to Sgoil na Pairc, a remote primary school in the South Lochs area of the Isle of Lewis. The school is nestled in a dramatic rolling coastal landscape, with a dispersed community surrounding it. With only 23 pupils at the school, we were able to run a broad range of workshops, which saw pupils looking at the Solar System, Gravity and Stars and Constellations before lunch, and at the Nature of Light and Space Exploration afterwards. We had a couple of hours to explore the area after school, then it was back to set-up for an evening community event. Despite being a very remote community, we were joined by a good crowd of 28 people, who enjoyed a flavour of what the pupils had seen during the day, and also explored a few science demonstrations that the children themselves were running.